Cool thing in my bowl a few weeks ago. A Cheerio with a halo. Like a skinny O, the halo goes all the way around the top of the more saintly O. 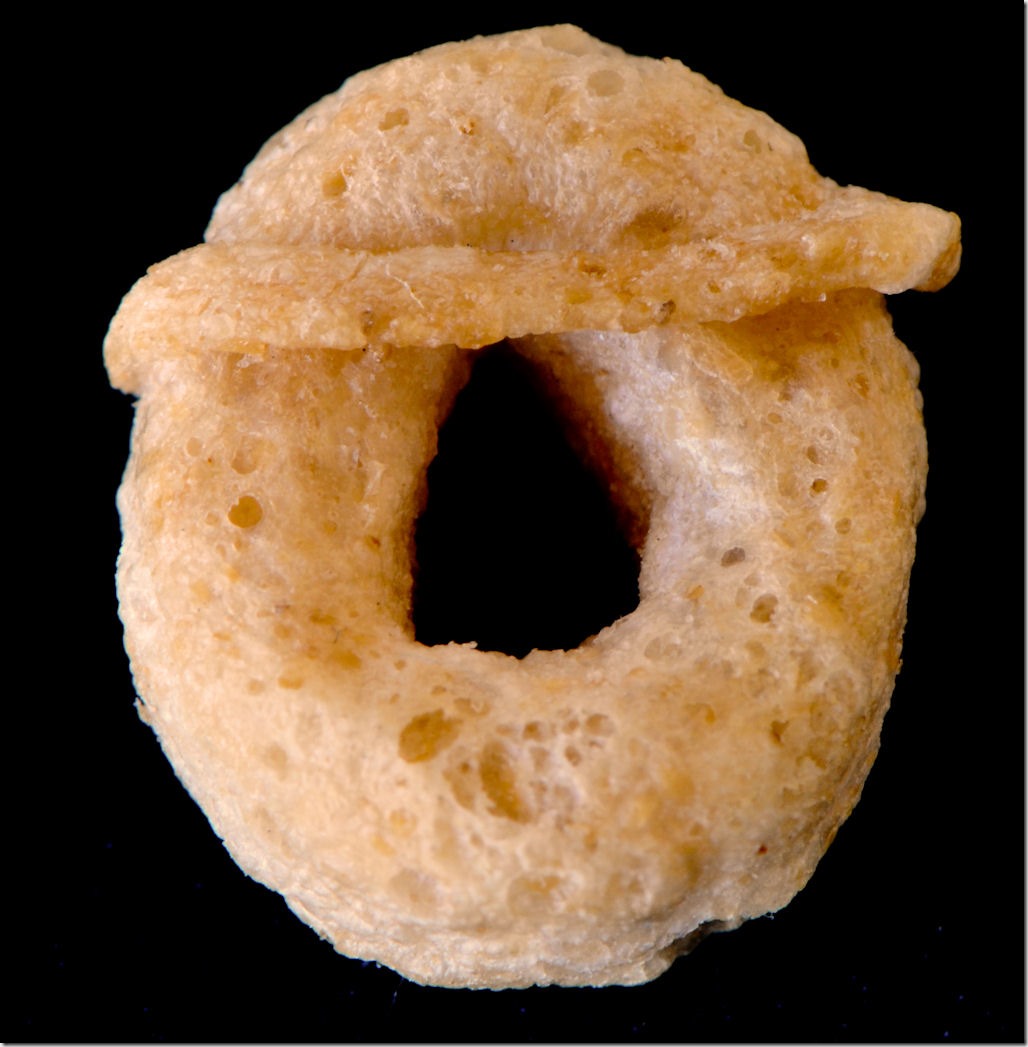 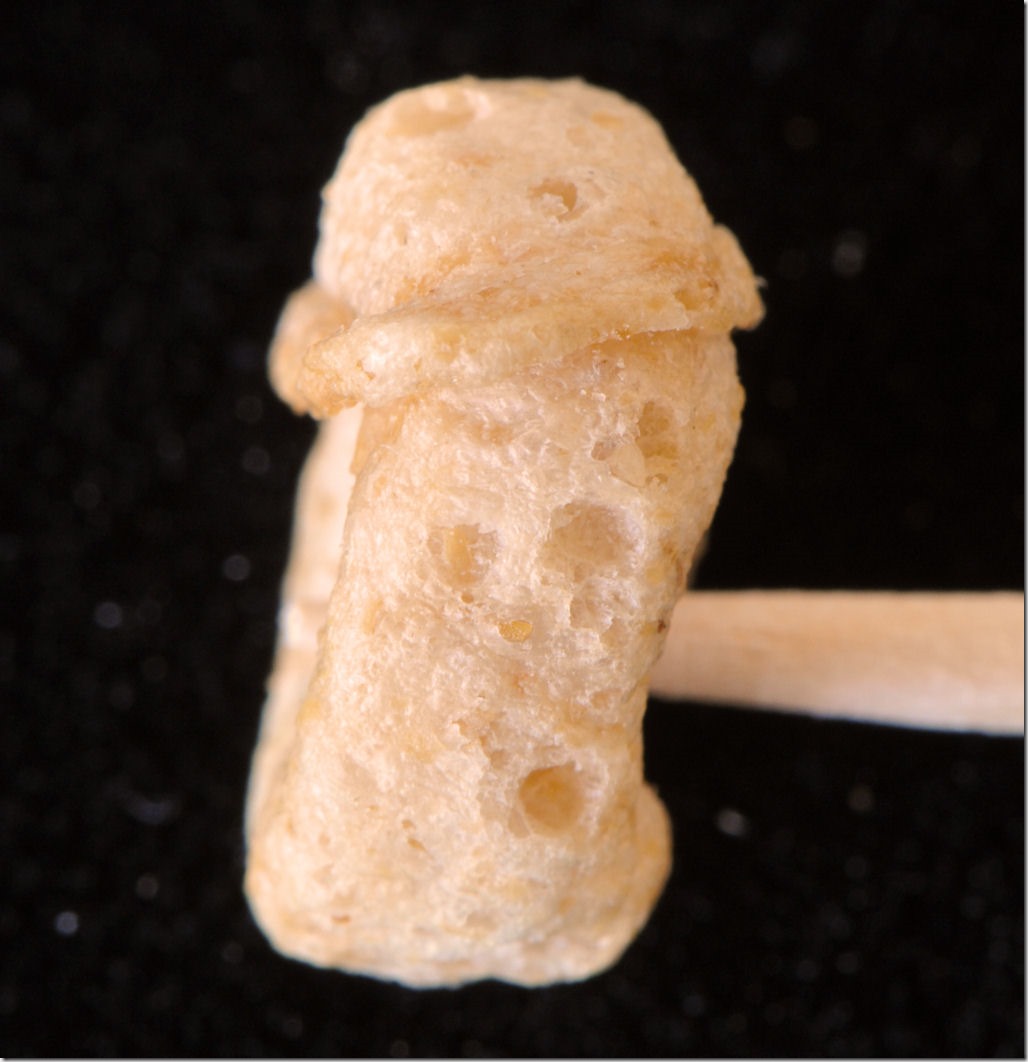 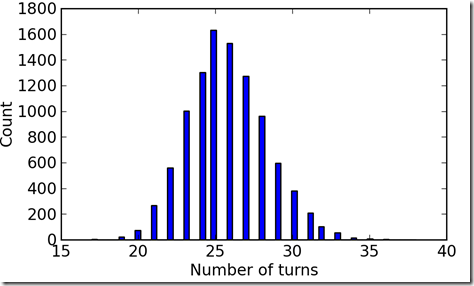 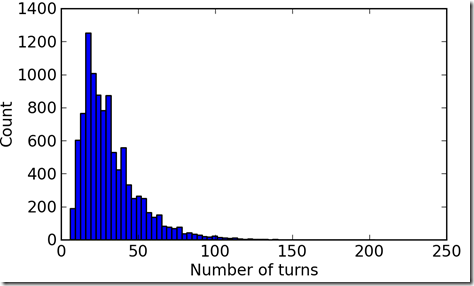 I wasn’t there when it happened, but the story I heard is that the kids were riding in the car. The younger said “Baby Hungry”. The older looked at her mouth and scolded, “you’re not hungry. I can tell by your mouth. If you were hungry your tongue would be more red!”

Mommy, naturally, thought this was weird. When she told me the story I explained how I had heard that Parent Birds know which chick to feed because the hungry ones have a redder mouth. I understand the blood flows to the digestive parts after they’re fed, so the red-mouthed baby gets more food. The same rules must apply to Little Sister.

About two months ago I started to tell my young son stories, to teach him the idea of narrative. The stories are almost always about a medium sized dog named Hades, who is extraordinarily clever for a dog. Hades lives with his family: Mommy, Daddy, William, and Elizabeth and has many adventures.

In the last few weeks Liam has begun to tell me stories of Hades’ adventures. This is one of those stories.

Listen along as Liam tells it.

Once upon a time there was a dog named Hades. Hades was a very clever dog. And smart. This is the story of when Hades got to eat a sandwich.

Now it was the first day of September, and everyone was planning to go out for dinner. What they always got every time they went to that place, it was called Mouse Begins Earth, and was such a good place. They got a big sandwich. They got eight foot-longs for all four of them, because the foot-longs were so good.

And Hades would eat some of that sandwich. So they would get 9 foot-longs but one with just dog food inside of it for Hades. And Hades liked that dog food sandwich, it was OK. I guess he liked it, but it was OK. So Hades ate that sandwich and they went home but it was four o’clock in the afternoon because they left so early that they didn’t have time to do anything else. So they just sat around and watched TV.

After dinner yesterday I was looking out the kitchen window, and lo, there were dogs on the roof of the house across the street. Two medium sized, confident, bold, and clearly well-loved dogs. The story evolved a little, but I’ll never tell it better than the pictures. 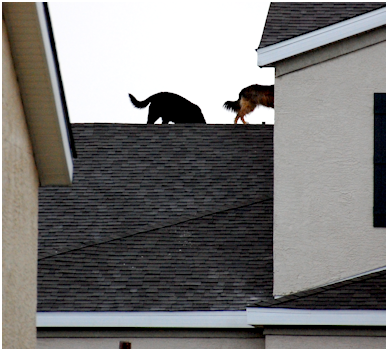 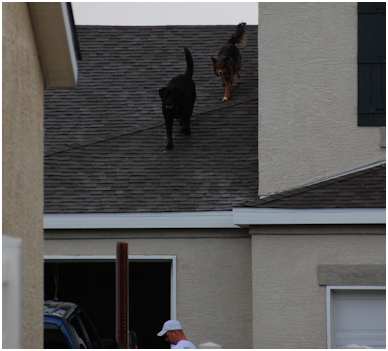 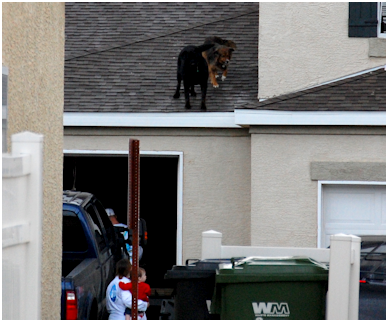 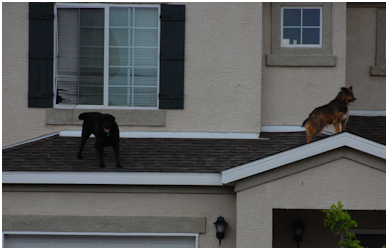 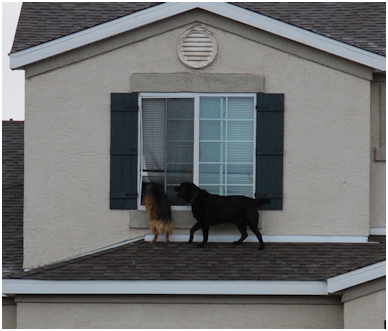 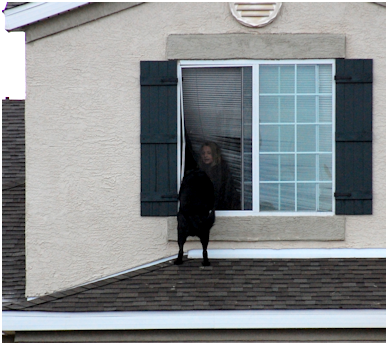