In San Francisco, on the wharf, you can buy a hollowed-out loaf of sourdough bread, filled with New England style clam chowder. You can buy it from street vendors, or sit down in a restaurant and eat it. Sourdough and San Francisco go together. I love the bowl, chewy, flavorful, damp from the chowder. I even like the chowder, which is pretty much like what you get from a can. Unfortunately, Albuquerque does not have a wharf on the Rio. What to do when I want a chowder bread bowl on a cold late autumn day. 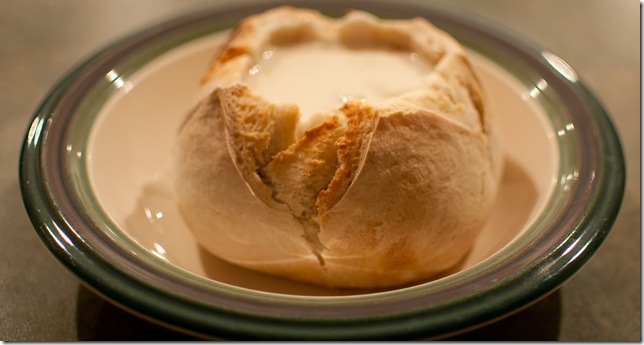 I made them today, to moderate success. Two weeks ago I made them to miserable failure, having forgotten the salt. The recipe is simple, the challenge is in the baking. I bake in a convection oven, but the process is almost the same without convection. I put the boules in a pre-heated covered Pyrex baking dish at 425 for 15 minutes then uncover the dish and lower the temperature to 325 for between 20 and 35 more minutes. I spray the boules with water before putting them in the dish, to help the crust develop. 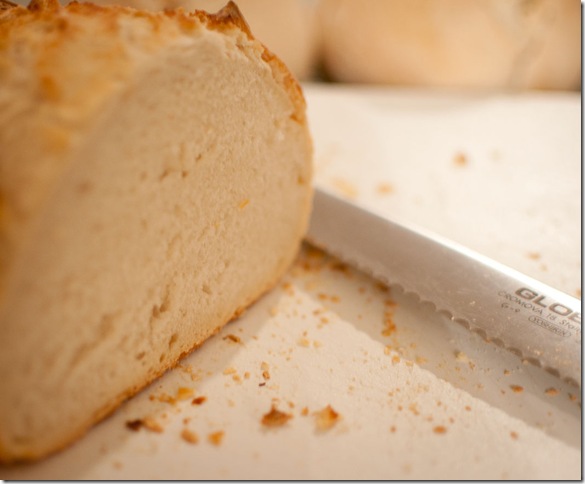 The crumb is dense, the crust is chewy, the taste sour but not overpowering. The chowder, from a can, hearty.