I made smoked ribs yesterday and tested out a new measurement system based on an Arduino, data logger shield, and a Sharp GP2Y1010 dust measurement unit. I didn’t have a long enough cable to get the smoke measurement unit inside the smoker, so I put it in my own contained pod above the smoker. By “pod” I mean the red re-purposed steel can on top. 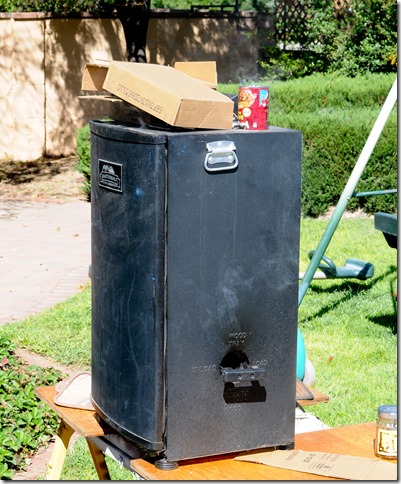 The smoke extension pod has a port for sensor access and an adjustable damper. You can see the ribbon cable coming from inside the can to the data logger. 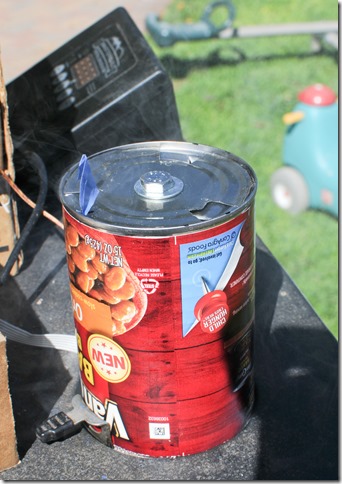 The sensor access port is on the bottom front of the picture below. 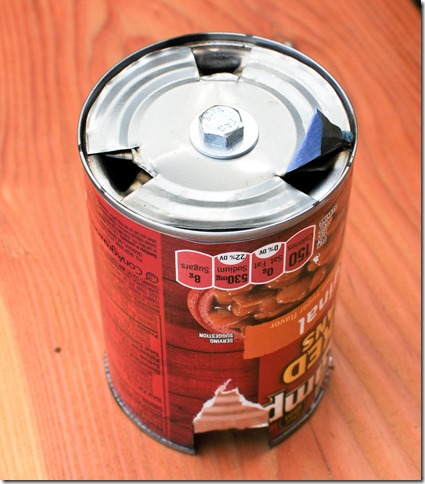 The smoke sensor, shown below, has some very small deposits around the sensor hole—the big hole in the center. In addition, I used the RIMU to log the temperature inside the smoker. 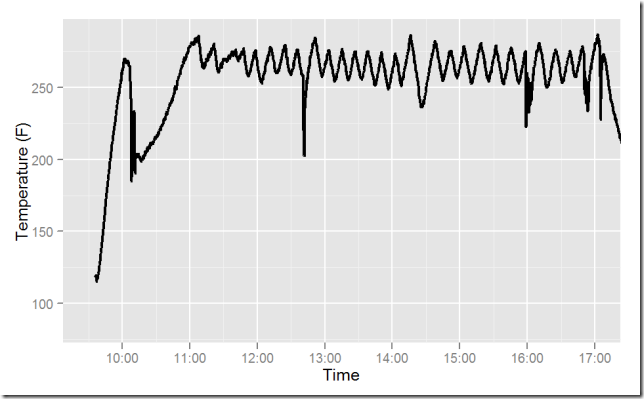 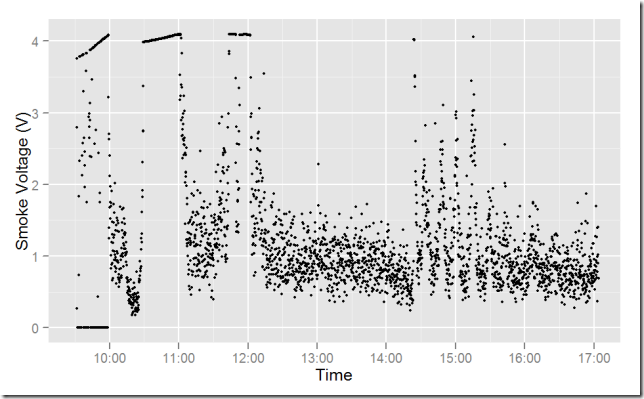 The smoke voltage measured with the Sharp GP2Y1010 appears to distinguish between noise (between 0 and 1 volt) and total saturation. It is, nevertheless, a pretty good indicator of when smoke was applied. I loaded the smoker with chips at 10 am, and there was no smoke noticeable until 10:30 am. The full load of chips produced smoke for about 1/2 hour and then stopped almost completely. I put in a second, smaller, dose of chips at 11:30, which produced about 20 minutes of smoke from 11:45 until shortly after 12:00.

The period of time from about 14:30 until 15:30 is unexplained. I would guess that the ribs were slowly dripping, and each drip would burn and generate a short dose of smoke. It started at a time when I had moved the smoker onto the porch to avoid threatening rainstorms, and perhaps an angle changed. The smoker was shut off briefly, which explains the temperature drop around 14:20. The pattern of increased smoke does appear to match the temperature cycle.

The amount of smoke, or at least its duration, seems to relate well to the amount of chips. Smoke seems to start about 20 minutes after chips are applied, and lasts for up to 30 minutes.