Vivitar brands a radio-frequency wireless remote that is available on a budget. The version shown below is configured for a Nikon D300; the pigtail can be changed for other camera designs. The remote has a telescoping antenna that extends to about six inches. The radio receiver is about 1.5 by 2 inches as seen from the top, and stands off the table about 3/4 inch. The receiver has a plastic foot that fits in the camera’s hot shoe. 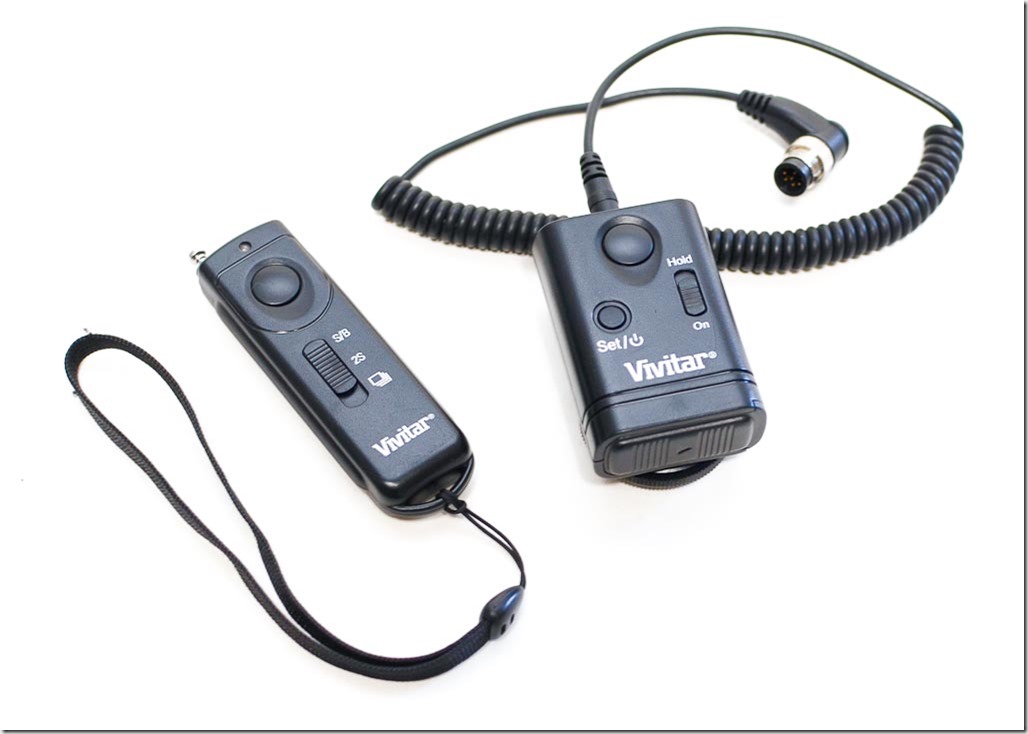 For an upcoming shoot of a dance performance my two-person team is planning to work one camera dynamically up close, working on solo dancer shots and facial expressions. A second photographer will be in the mezzanine working context and group figures, as well as providing a higher angle. In our last shoot I worked close to the stage, mainly on single-dancer shots. Usually a single-person subject looks best when her background is simple and clear. During group figures I could find no position near the stage that produced satisfying composition. In other words, during large group shots I had the choice of scrambling to a different perspective or sitting idle. I want a different choice.

The new choice is to put a third camera either on the mezzanine left, or better on the balcony. With a wireless remote I can easily capture a full context shot. I can set the balcony cam with a fixed focal length lens, fixed aperture, and fixed focus point to get a consistent context shot. When the stage situation demands context shots, I’ll drop back and work the remote. Assuming the remote works.

Two main issues could get in the way of the remote. The first is batteries. Both the remote and the receiver use a battery. Should be easily solved with new batteries prior to the shoot. The second one is distance; the remote must have enough range. I used a simple test to gauge the remote distance. My son stood by the camera on the sidewalk, and I walked a few steps at a time up the sidewalk. He would give me a thumbs up if the camera shutter released, and I could take another few steps further. I marked the final distance with chalk. We performed the test with the remote’s antenna collapsed, and with it extended. An outdoor test means the RF has little chance to scatter off walls and ceilings. I expect the remote’s indoor range will exceed its outdoor range. 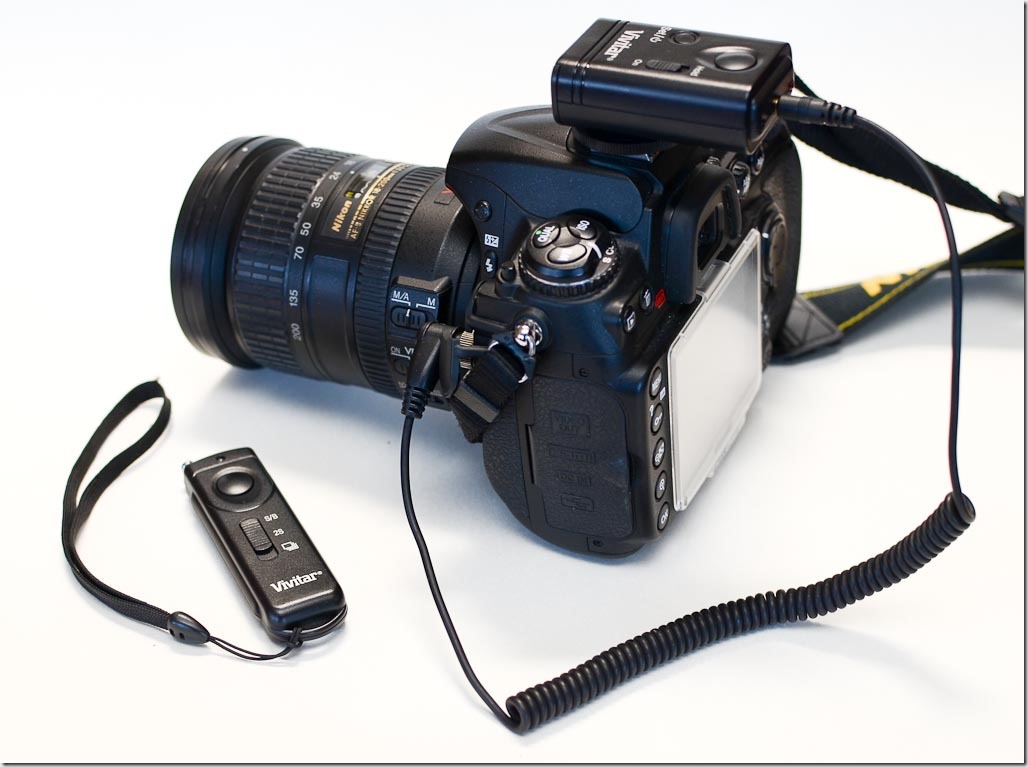